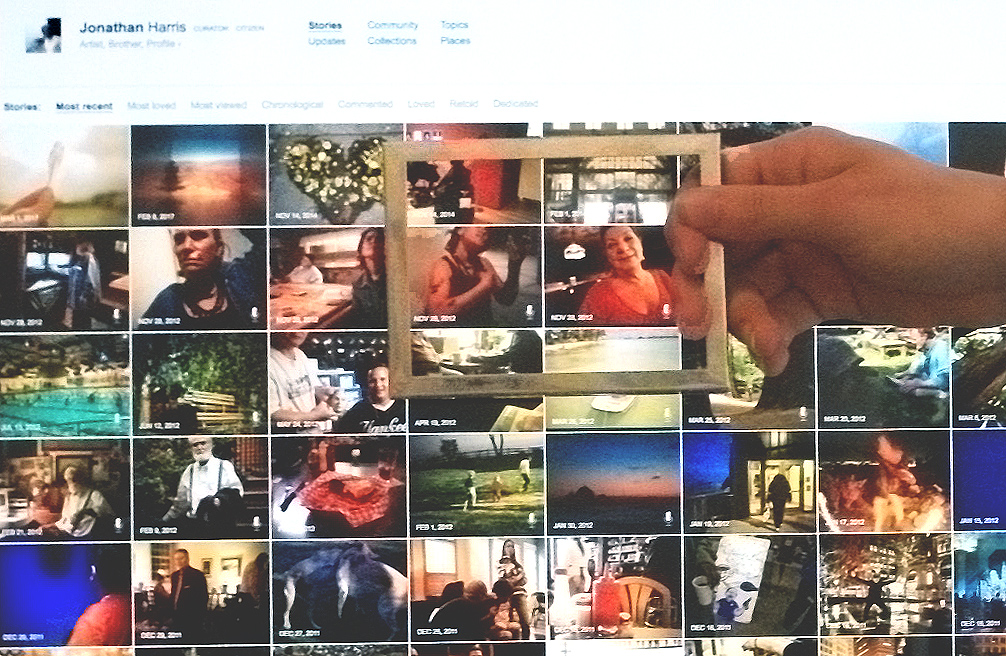 And yet, since 2012, many things have changed. We’ve come to realize how addictive digital technologies can be — how, by attempting to connect us, they often end up creating further isolation, trapping us in so-called filter bubbles, hypnotized by glowing rectangles, and disconnected from life. Meanwhile, services like Facebook and Instagram have seduced many of Cowbird’s earliest authors, and usage of Cowbird has steadily declined. In our early days, a typical day saw a thousand new stories; now a typical day sees about ten. Our community has coalesced around a core group of about 100 regular authors, who conduct most of the self-expression that happens on Cowbird today. As Dave and I have moved on with our lives, technical problems have begun to plague the site, frustrating regular users.

Then he dropped the bomb:

Considering all of this, and with a heavy heart, we have decided to close Cowbird, shifting the site to a read-only archive, which we intend to keep online in perpetuity. You will be able to use Cowbird as normal until March 1, 2017. At that point, no new stories, comments, messages, or loves will be allowed, and no existing stories will be editable.

And that’s what Jonathan did. He flipped a few switches to turn the site into “a library of human experience,” hoping its spirit would live on and flourish in the real world:

Our human bodies are the ultimate virtual reality machines, delivering a totally convincing experience of a self-consistent world, filled with the strange phenomena of time, space, choice, and emotion — and the feeling of being a person. This world we are blessed to inhabit is more vast and complex than the Internet, and more beautifully profound than any virtual world I believe we will ever create.

And so, just as he had planted seeds that might sprout into stories on Cowbird, Jonathan planted one on a verdant hillside overlooking Lake Champlain:

I would like to invite Cowbird Citizens to a real-world gathering at my family’s farm in Vermont this summer. After five years of disembodied connection, we can meet each other in person, sharing stories around an actual fire. If you’re a Cowbird Citizen and you think you might be interested in attending, please email me.

All said, thirty  of Cowbird “citizens” took him up on that offer, and amidst July rainstorms flocked to just south of Burlington, Vermont for a long weekend. Thirty of us, out of a roster of more that 14,000 authors, made the necessary arrangements and expectantly showed up at a newly renovated brick Georgian mansion that Jonathan’s grandfather had built on his bucolic estate in 1952. The stately house reposes on a hill looking as though it had anchored the property for two hundred years, yet it’s newer than I am.

Also newer than me is Deniz, my daughter and a Cowbird author herself. We motored 200 miles to attend the gathering, unsure of who we’d find or what would transpire. Both of us were blown away by the people, the place, and the sublime vibes we found. The assembled were well met, well fed, but not well slept, as nobody wanted to break away until the bitter end of each day. In small groups we chatted on the spacious patio, getting acquainted, playing with two little kids and their dog, sharing our stories, projects, apprehensions and ambitions. Except when sultry weather forced us inside we rambled on trails, went swimming, and partook of symbolic rituals. Contacts were exchanged and many photos were taken. These are some of mine.

Some of the most evocative images of the retreat were posted by the very accomplished visual artist Yuebo Wang, who is happy to share some of them here (Thanks—so gracious of you Yuebo!):

During the weekend Jonathan told us of “rituals” he had put himself through. Symbolic and almost liturgical in their thoroughness, he undertook them to focus his mind and purify his restless soul. For one, he traveled the world for over a year taking photographs, and without fail posted one to the Web every day with a story or caption, calling the work Today (later condensed into a seven-minute video). He also revealed one he made after his mother, who struggled with addiction and depression, passed on, leaving her property and its bittersweet memories to him and his sister. To release the grip of the past he and a friend built a wood-burning kiln into a grassy hillside. They went about gathering silica-laden rocks from local quarries and stones from his land, which they laboriously pulverized on an anvil and mixed with his mom’s cremated remains, and then fired the mixture overnight in their makeshift furnace, goosed up to 3000º F with a leaf blower. By next morning the overheated kiln had self-destructed, but its crucible held enough molten glass to blow three small vessels into being, which he intends to incorporate into a future ritual. It seems that everything that touches this man somehow ends up as art.

The last evening we gathered at the lake shore swimming, skipping stones, and barbecuing chicken. After that fine meal we found ourselves lit by a flaming bonfire casting sticks into it, symbolizing things we needed to discard to move forward in life and as a community of creators. Then, in the morning, we walked down there again for more rituals. Jonathan instructed us to pick up whatever smooth stone from the beach attracted us and then give it away. Then, as his camera rolled, we filed across a wooden bridge into a serene grove of Ash and Elm with a carpet of moss and ground cover. On the way, we layered our hands in front and behind of a glass plate affixed to a tripod, then pulled them back to reveal lettering on it that said A WITNESS TO LIFE—Cowbird’s motto.

In the glade, small silver picture frames dangled from nails stuck into trees, each outlining a patch of lichen-covered bark. We were instructed to wander silently about as in an art museum as Jonathan continued to film us. Then, when we found a “picture” that moved us, we should pluck the frame off its tree to take home. Go on to find ten scenes, persons or anything else that matter to us somehow, Jonathan said; hold up your little frame before each to corral memories, and feelings that place, person or thing elicits. My first exercise was to frame Jonathan’s presence at cowbird.com, which you see up top. A good place to start, methinks.

One thing I learned that weekend was that I’m too shy. My inherent introversion kept me from getting to know people new to me so I could find out what had drawn them to Cowbird and thence to this place in Vermont. A lot of the guys—including me—had beards, causing me to get confused about names and what they said about themselves. That led to embarrassment at needing to re-acquaint at the risk of exposing myself as some sort of senile doofus. Even though conversations tended to self-segregate by age and Cowbird centrality, I acquainted myself with a variety of virtual strangers. Like me, many of them were creators foremost and passionate about their projects. Also like me, they wanted to be asked about them. I should have obliged more of them. I hope they won’t hold my reticence against me.

The weekend was refreshing in more than one way. It was a centering experience. Engaging with the flock shook me from my reveries. The bucolic landscape prompted mindfulness of my surroundings. The rituals  nudged me to approach life more deliberately. Not regarding a phone or computer the entire time felt remediating. And even now, sitting at a screen to write this, the enchantment lingers.

Thank you Jonathan, Hanna, Dave, and everyone involved for the spiritual reboot.