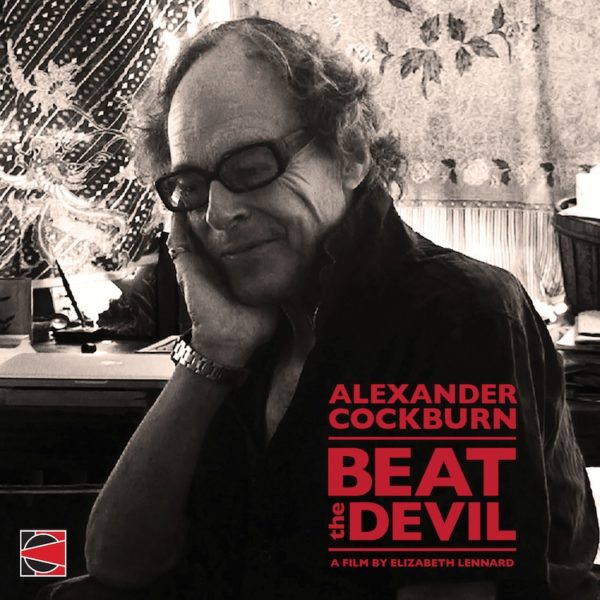 Dear Alexander, wherever you are,

Happy birthday, comrade! How’s the struggle going out there? Tell me, cuz we need your help, now more than ever.

For reasons I could enumerate but can’t concretely substantiate, I’m writing via Celestial Post rather than virtually. I’m not sure what has made loquacious me, unlike you, fraught to propel words across the Net. Perhaps fear of blowback from the minions of ascendant reactionary forces, armed and eager to smite dissidents with Puritan vengeance. There’s no way to get through to them but one can still try to get around them.

Mostly what I wanted you to know is how despairing I’ve become of substantial or successful resistance against a globalized, financialized plutocracy. It seems they have it all, not that they are satisfied. Verily, as long as morsels of commonweal to appropriate remain, hegemons will keep on plundering the treasury, abandoning the people, and harassing and marginalizing protestors until nothing is left to lose, and then some.

Take our gold-plated grifter, Hegemon-in-Chief Donald Trump, whom you knew well enough to loath. He and his family regularly decamp to one of his properties, chased by security details. As his organization owns these places, it can and does charge the government rent to use the facilities to protect him and kin there. And so, a fair amount of taxpayer money that otherwise would not have to be spent on security now ends up in his pocket. Nice little scam.

Of course, this is what you get when Plutocrats are allowed to pee in the playpen. Sure, well-connected wealthy people have always obtained spoils from government action and inaction, but this mostly goes on under the table. The tables now having been turned, such sordid arrangements are easier to spot. But this is just the startup phase of the unfathomable and nigh-on unstoppable looting we can expect. And even if Trump is forced out, the rest of the hydra will continue to rear its ugly heads to gobble us up.

You will point out that this is not exactly new. As a student of history, you know full well that the United States has been since its inception a creature of oligarchs. Every now and then new ones take the reins in the dark of night, but from the Framers onward, the dice have been loaded in favor of one vested interest or another. Only occasionally have meaningful reforms been enacted, many of which were soon subverted by upstart elites.

Having battled the beast for decades, I assume you would count yourself among “the resistance” that blossomed after the 2016 election and would appreciate the widespread defiance over defunding agencies, deregulating industries, and marginalizing protest. But it has already splintered into hundreds if not thousands of organizations, most reflecting specific complaints and agendas. So it really isn’t a mass movement—yet. Most folks, if they act up at all, just sign online petitions, remit letters to editors, and bug elected officials, usually to futilely oppose passage of some abomination of a bill or regulation.

We all know the trope that social media gives regular folks enormous reach to mobilize for causes, but your concerns in The Nation about how free speech on the Net could be shut down resonate even more now:

We need a big push on First Amendment protections for the Internet: one more battlefield where the left and the libertarians can join forces. But we must do more than buttress the First Amendment. We must also challenge the corporations’ power to determine the structure of the Internet and decide who is permitted to use it.

Even with Net Neutrality stuck in reverse, we’re still free to mix it up online, but let’s not kid ourselves; party bosses have access to mother lodes of data on individuals and households donated by or filched from us, and prodigious computer power to parse, mine, and capitalize on our connections, purchases, preferences, and political identities. Both major parties thus deconstruct us, and now have almost as much command over our demographics as Facebook does. And that doesn’t even count ongoing government surveillance that enhances our national insecurity, fear of which begets self-censorship.

Only the scale, speed, and reach of political powers of persuasion, not their application, is really new. You may recall, Alex, that in the 1960 election, JFK was up against widespread anti-Catholic prejudice that his opponents eagerly exploited, some even claiming that, should he be elected, a (physical!) tunnel would be dug between the White House and the Holy See. A Kennedy campaign consultant fought back in the Wisconsin primary, where Kennedy was Hubert Humphrey’s underdog. He assembled mailing lists of tens of thousands of Wisconsin Catholics and sent their way vile letters that viciously slandered Catholicism from some bogus organization. The trick worked. It was enough to ruffle JFK’s co-religionists to turn out in sufficient numbers to tilt the primary his way.

The Willy-Hortonizing of Michael Dukakis in 1988 and the swift-boating of John Kerry in the 2004 general elections that played out on network TV again proved that barrages of cheap-shot slandering work. But in 2008, birther racists and alt-conspiracists couldn’t monger enough propaganda to stymie Obama, even with their Internet and talk radio echo chambers (It took Congress to do that). Then, in 2016, a GOP in disarray triumphed. Actually, the Dems defeated themselves by stiffing Obama’s coalition and foisting pathetic trolls on the electorate, who had by then lost all respect for political pros.

Since that 1960 election—a dead heat that probably went to Kennedy thanks to voting fraud—the US has elected a Democrat president six times and a Republican eight times. In three instances (1968, 2000, and 2016) the GOP candidates won with a minority of the popular vote. Of Democratic winners, only Bill Clinton in 1992 and 1996 did not achieve a majority (thanks to insurgent Ross Perot). One might imagine that this would motivate Democrats to reform the electoral system, but no. The lesson the Clintons absorbed from Perot was that it would be dangerous to have proportional rule in the Electoral College. Instead, pour lots of money into swing states.

What the GOP learned from its defeats was that, as a minority party, it had to set the stage for future victories by assiduously focusing on winning races for legislatures, judgeships, governors and Congress. To consolidate those wins it tossed red-meat legislation like abortion restrictions and concealed-carry to its base, gerrymandering voting districts everywhere it could, and then enacting voting restrictions to outflank Democrats. That Trump wasn’t their figurehead of choice was a small price to pay for assuming complete control of Federaldom.

The horrible pickle we’re now in seems almost impossible to overcome within a single election cycle or even several. With its primaDonald in the White House, majorities in Congress, command of Federal agencies, and ownership of most governorships and state houses, the GOP feels free to be as vicious and draconian as it has always wished. Its alt-media mercenaries exploit the backlash against “libtards” flowing from an indignant white minority that also happens to own a lot of guns and seems less and less reticent to use them to settle mostly imagined scores. And should the GOP leadership now fail to disadvantage the disadvantaged enough to satisfy their indignantaries, they could revolt. Then, how will we ever find common cause with armed right-wingers convinced that progressives, unionists, immigrants, nonwhites and the jobless are their real oppressors? Expect mass media to dutifully amplify the calumnies and fake controversies for witless trolls to regurgitate on social media, inciting even more resentment. Sad. I, for one, don’t want to see open season on libtards, even if they were duped by fake neoliberal promises.

You ended a 2011 column in CounterPunch with “Is a form of fascism looming? Or a more complex evolution of populism amid the discrediting of the traditional right and left?” I wish you were here to amplify that now, Alex, and help us to puzzle out what committed cadres can do to reverse the tide of hegemonic usurpation, fear-driven reactionary politics, and police-state militarism. Can mass demos or even general strikes accomplish anything? Can progressive coalitions bridge our racial, ethnic, and economic chasms? Can boycotting evil corporations accomplish change? Can socialists wring out little victories at the municipal level? Would transfusions of progressive blood stiffen Democratic spines? Isn’t it time for anarchists, libertarians, and progressives to join forces or at least learn from one another? All these antidotes have been advocated and most tried, but none has proved effective outside the laboratory.

You tell me, bro. How can we chew through the belly of the beast to breathe again? I’m sad to have to reach out to you by post, but unless the FBI is reading your mail again it’s the safest way. And if they are, hi guys! So how’s that new Director working out for you?