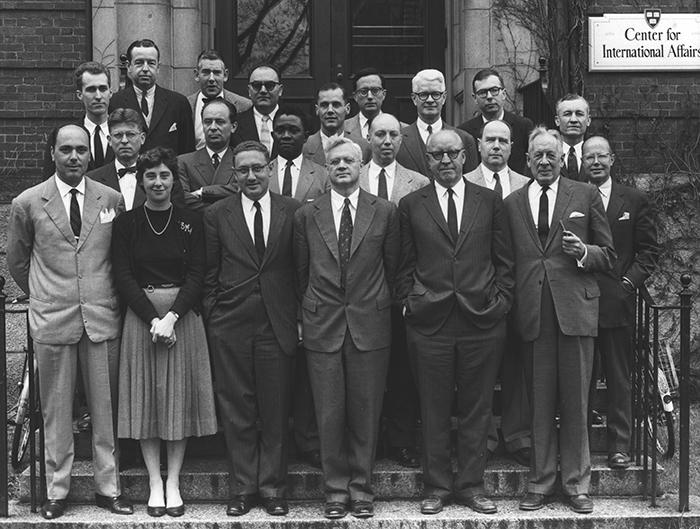 Freshman class of the Center for International Affairs, 1958–1959, with Henry Kissinger and Robert R. Bowie front and center —Photo from Harvard Archives

After Harvard’s John F. Kennedy School of Government rescinded its invitation to Army whistle-blower Chelsea Manning (whom Obama sprung from the brig by pardoning her), a chorus of protest (led by 19,000 Harvard alumni and 169 professors) ensued. The main issue, according to them and the press, was how the Institute of Politics (IOP) at the Kennedy School of Government (KSG) caved to deep-state pressure. Specifically, current CIA Director Mike Pompeo cancelled his talk at the school, and former CIA deputy director Michael Morrell tendered his resignation to Harvard’s Belfer Center, saying “I cannot be a part of an organization…that honors a convicted felon and leaker of classified information,” apparently believing that only the best and brightest war criminals deserve such honorifics (horrorifics?). When, after all, has the CIA ever taken Harvard publicly to task for slack on the national security front?