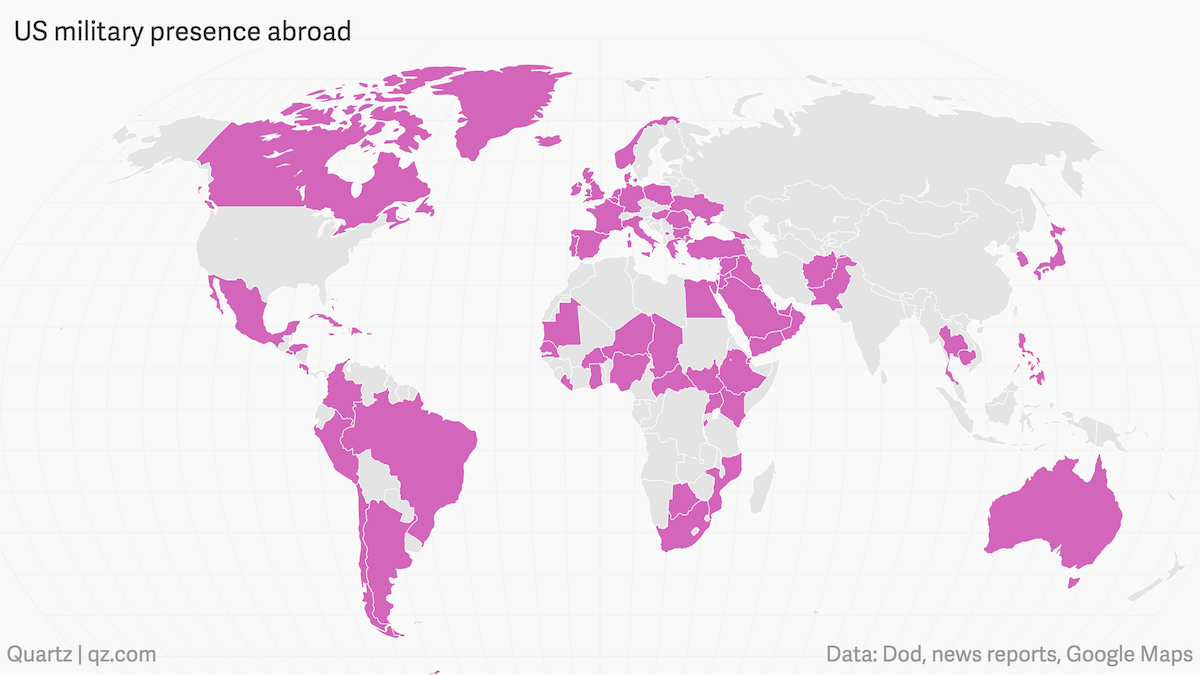 US Military presence by country in 2015, from Quartz

It’s universal. We all gripe about how news media—TV and radio network news, newspapers, and Internet news sites—intentionally distort and selectively oversimplify reality, and we like to say so in letters to the editor and online comments. Complaints about media bias are as old as the town crier, and today are institutionalized online. A bunch of watchdog groups, such as FAIR and Media Matters on the left (progressive foes of corporate media) and Media Research Center to the right (whose “sole mission is to expose and neutralize the propaganda arm of the Left: the national news media”), specialize in skewering the press. They’re all worth considering if a balanced view is what you aspire to.

Both sides regularly take aim at the same targets for different reasons. One of them is NPR (National Pubic Radio), criticized by the right as a card-carrying member of the “liberal media” conspiracy and by the left as a corporatist sell-out. While it tends to steer left of and does more investigative reporting than our TV networks, its political liberalism stops just to the left of David Brooks. (Speaking of whom, should it appeal and you can spare $15, you can buy a roll of toilet paper printed with his visage and quotations. Monies fund The Baffler magazine’s crankiness.) END_OF_DOCUMENT_TOKEN_TO_BE_REPLACED